Casual Employee Entitlement And The Holidays

The entitlement of employees is the main topic of many business coaching classes. What is usually covered by the topic is the desire to change the mindset and behavior caused by employees believing that their employer owes them something to them and that the workplace is one that is an "us against us" environment.

It is evident that the concept of casual employee entitlements is accepted by the majority of employers, what to do about it remains an open question. For many, shifting the way they think is a huge task. There's an art to it, and anyone telling you that you should try your best with Plan "A" and "B" is a bit too optimistic. But for the purposes of our featured story this month we'll highlight the best practices that have been done for one particular client's workplace. 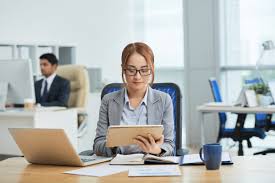 In our spotlight, we will look at an office of a medical professional that was battling chronic absences during the holiday season, which included Fridays and Mondays as a predictable sick days for some employees without evident guilt.

In the event that the workers were addressed during a group discussion, they appeared to overlook the fact of the discussion aimed at reducing their absences. If verbal warnings were given in the past, the employees who were offended would then confront the most accommodating manager and say they were afraid and couldn't work effectively in a work environment that made them anxious. Thus, in a nutshell, the words of these "bad apples" took over the workplace and created overall low morale and a negative attitude for all.